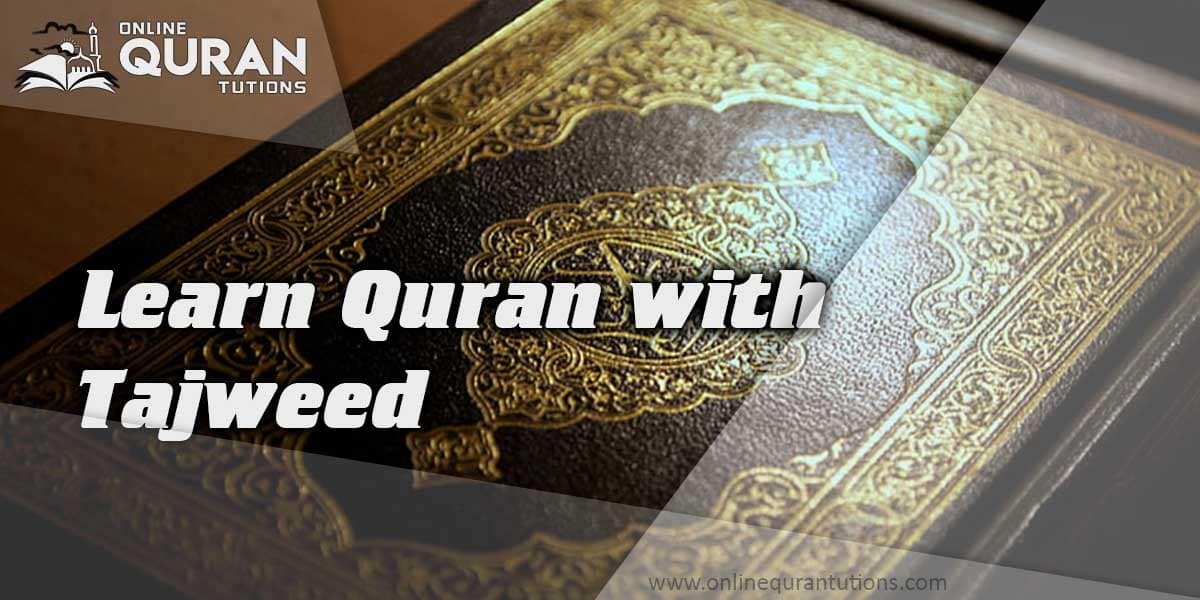 Allah’s Arabic-language utterance is known as the Quran. Individuals who endeavor to learn the Quran are among the luckiest people on the planet because they are attempting to comprehend the most profound source of knowledge in the universe, as expressed in the words of the Creator of all worlds.

Correct Tajweed is required to learn Quran with Tajweed. You can learn and read the Quran more effectively if you follow the norms of tajweed. Allah said in Quran:

“Those to whom We gave the Book recite it as it should be recited, they are the ones that believe therein.”

Tajweed is the art of correctly pronouncing the words of the Quran. Students who desire to learn the Quran with tajweed should start with the (Noorani Qaida). Noorani Qaida is one of the best resources for learning the tajweed of Quran. The Noorani Qaida aids in learning perfect Arabic word pronunciation, accent, recitation at the appropriate pace.

Tajweed, in terms of Quran reading and recitation, is a collection of linguistic and phonetic standards utilized in reciting the Quran in the correct manner, as the prophet Muhammad (PBUH) did. Tajwid is one of the Quran’s and Islam’s most well-known sciences. It is a science regulated by deep-seated static norms inherited from the Prophet Muhammad’s (PBUH) oral recitation of the Quran after receiving revelation from the Angel Gabriel (PBUH).

Read more about what is tajweed: https://onlinequrantutions.com/what-is-tajweed/

Here are some most important and basic rules of Learn Quran with tajweed:

Purity of the body, clothing, and the location where the Quran is recited. After reading an Ayah that contains a warning, take a moment to seek Allah’s protection. After reciting an Ayah that references Allah’s mercy, take a moment to thank Allah for all of the blessings He has bestowed on us and to implore Him to continually have mercy on us. The student should be sure to use just pure classical Arabic dialect and pronunciation, with no foreign accents or dialectics mixed in.

Believing that the Quran is Allah’s speech. Before beginning to Learn Quran with tajweed, the student must cleanse his or her mind of all other thoughts. The reader must fully comprehend the meaning of the Quranic words and also Ayahs that he or she is reciting. Because the beauty of significance of Allah’s discourse are only revealed to the (humble spirit), the reader must be of humble nature. Every message in the Quran should make the reader feel as if it was written specifically for him or her.

This tajweed regulation applies to Makharij-ul-Huroof. The numerous locations and places in the mouth, lips, from which the sounds of the distinct letters of traditional ‘Fussha’ Arabic are released are referred to as letter emission points.

The qualities of the letters are the subject of tajweed regulation. These are known as Sifaat-ul-Huruf, and they allude to the various characteristics of the letters or their “manner of articulation.”

What are the Benefits of Learning Tajweed?

The holy Quran is Allah’s (SWT) utterance, a divine message, kindness, and direction to all humanity from Allah Almighty. It offers information, regulations, and suggestions on all aspects of life, as well as references to the afterlife. As a result, it’s critical to Learn Quran with tajweed in order to prevent pronouncing Allah’s words incorrectly (SWT). Actually, a single letter error might lead to misinterpretation or incorrect interpretation of the entire verse (ayah). One day, Allah’s Messenger (a.s.) rose up to deliver a sermon at Khumm, a watering hole halfway between Mecca and Medina. He worshipped Allah, glorified Him, preached to us, and encouraged us, saying:

Benefits of Quran Memorization with Tajweed