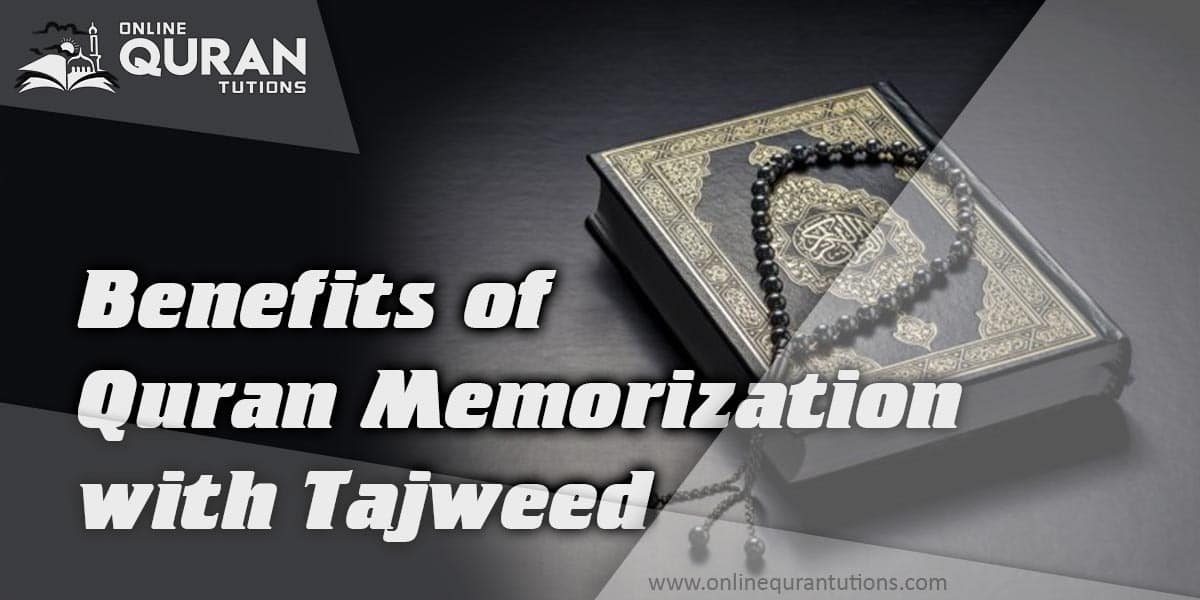 Allah (SWT) has gifted the Muslims with the Holy Quran, which is a well-protected book. Allah (SWT) has reserved rewards for them in the Holy Quran’s learning, recitation, remembering, and teaching. Anyone who learns the Quran with Tajweed and understands its meaning is guaranteed happiness in this world and the next.

The act of learning the Quran with Tajweed and comprehending it provides Muslims with benefits and virtues in both worlds. Allah (SWT) has bestowed exceptional privileges on Quran memorizers in a variety of ways. He (SWT) will give them a high position in Jannah as a recompense.

People’s lifestyles are so hectic and miserable nowadays that they are powerless against a few mental illnesses that drive them to commit suicide. In this perspective, the Quran is regarded as the most effective treatment for overcoming life’s challenges and bringing peace to the hearts. The Messenger of Allah (ﷺ) said,

It’s difficult to comprehend how much the Arabic language has evolved since the Prophet Muhammad’s life and death because he lived so long ago. Indeed, he lived at a time when English was scarcely a language. People who speak English today would have no idea what it was like.

Despite this, the language of Quran (that is Arabic) has survived the eras thanks to the Muslim community’s dedication. And also, the importance of tajweed of Quran, Tajweed is still an important element of (Islamic) life today, and it is a requirement for Muslim who recites the Quran. the Prophet (ﷺ) said,

“Most of the hypocrites of my ummah are amongst folks that have memorized Quran.”

Tajweed is essential knowledge for any Muslim interested in the Quran’s history, interpretation, and application.

We know that Allah gave the Quran to people not to be read, but to be reflected on and meditated upon. Each Muslim must reach his or her own judgment regarding the lessons of the Quran and how they apply to his or her life. A Muslim’s grasp of the Quran is limited without a thorough understanding of Tajweed.

The Quran is not only a compilation of revelations regarding God’s, man’s, and life’s nature but also a wonderful work of poetry and language. No other sacred text, it is claimed, exhibits the same flow of language and depth of word choice as the Quran. Those who learn the Quran with Tajweed have a deeper appreciation for the poetry of the text.

Tajweed merely means beautification. A Muslim who studies the Quran without ever uttering it will never learn how the text flows in terms of timing, couplets, and rhythm. Tajweed is obsessed with pronunciation and emotion, to the point where a single letter can completely transform the meaning of a word. The Prophet (ﷺ) said,

“Recite the Quran, for it’ll come as an intercessor for its reciters at the Day of Resurrection.” The Quran also saves its reciters and memorizers from the torture of Hellfire.”

In a hadith of the Prophet, one of the primary benefits of memorizing the Quran with Tajweed is stated:

“Those who can methodically and correctly recite the Quran will be among Allah’s angels. Muslims should take this instruction practically as well as metaphorically.’

Tajweed’s rewards are for all eternity, not just for this lifetime. Despite this, a Tajweed speaker is regarded as a respected member of Muslim society. Students who learn Tajweed online and suffer should not consider themselves failures, because the Prophet says that even those who struggle are successful. The (companion) Uthmaan ask:

“Those who learn the Quran and teach it to others are the best of you.” Individuals who take Tajweed programs online now have the potential to become future leaders and instructors.

Muslims of any age can apply their minds and souls to the Quran by studying pronunciation, delivery, and diction with Online Quran Tuitions. Our students benefit from fascinating courses, online learning flexibility, and world-class instructors