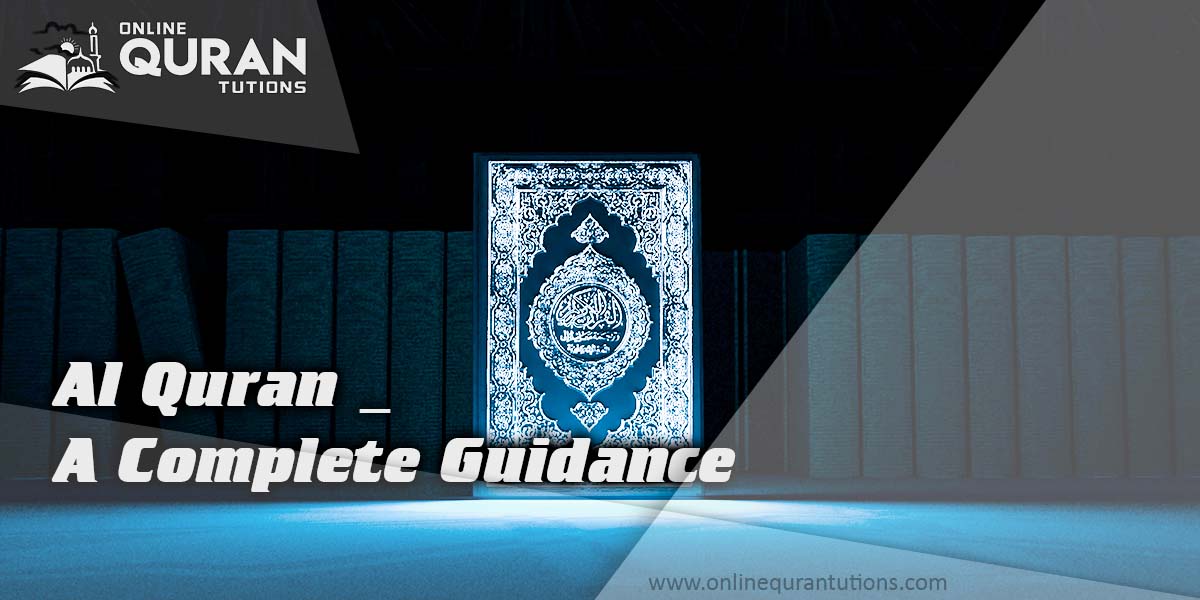 Quran is a book of ultimate guidance.

“Recite in the name of your Lord who created, created man from a blood clot. Recite, for your Lord is most magnanimous – who taught by the pen; taught man that which he did not know” (Qur’an 96:1-5)

Quran is a Book of Wisdom

Quran is a book of ultimate guidance. Indeed, Quran Education is a fundamental part of Muslim life as Quran is a book of wisdom that gives us every aspect of the divine system, along with all the values that are important for this world to survive effectively.

In short, for humanity, the Quran is a book of instruction. Also, it is a simple book, readily understood by someone even with the most general understanding of Arabic. The doors of the Quranic wisdom are unlocked by reflection.

The Quran Education is distinguished with the most complete clarification, but without reconsidering it, it does not mean that you can comprehend the Quran. In reality, Learning the Holy Quran has 2 levels: one its literal meaning, and the other, its deeper meaning.

If you want to know the message of the Quran undoubtedly, then it would be enough to grasp its literal meaning. The simple sense will introduce you to the clear realistic advice provided by the Quran. Quran Teaching provides help in all aspects of life.

“These are on (true) guidance from their Lord, and they are the ones who are successful”

A source of Devine Blessing

Learning the Quran is a source of divine blessing, merit, and instruction for Muslims. A child is welcomed at birth with it, guided by it through the path of creation, and sent to the supreme abode with it.

In compliance with divisions of the holy text for regular recitation, this long journey through life with the Qur’an is to entail a recitation of the whole Qur’an over a single time or a week, a month, or longer. This approach is referred to as the completion of its recitation, Khatm al-Qur’an.

Online Quran education provides an ultimate guideline to differentiate between good and bad. A devout Muslim in the Quran hears the word of God leading and urging, consoling and reproaching, offering righteous justice and everlasting happiness, thus warning vengeance and eternal punishment against the evil.

(This is the guidance of Allah. He giveth that guidance to whom He pleaseth, of His worshippers. If they were to join other gods with Him, all that they did would be vain for them.)

Allah (SWT) says in Quran about the people of right in  surah waqiah:

(All will be on jewelled thrones, reclining face to face. They will be waited on by eternal youths with cups, pitchers, and a drink of pure wine from a flowing stream, that will cause them neither headache nor intoxication.

They will also be served any fruit they choose, and meat from any bird they desire. And they will have maidens with gorgeous eyes.
like pristine pearls,  all as a reward for what they used to do.)

The Quran Teaching, whether online Quran teaching or physical Quran teaching is for humanity, the word of God that has reached human times to form history. The sign and testimony to this bond are the Qur’an. Its message is for Muslims, a strong confirmation of spiritual lordship and Muslim devotion.

In response to particular questions or circumstances in life, many of the Quranic verses are said to have been revealed. Muslims see the answers provided as universal rules, spiritual realities, or common principles to all times and locations. Muslims see the Prophet’s family, specifically addressed by the Quran, as a model for all communities and all cultures in the world.

In every discipline of wisdom and human effort, Qur’an Education has become an infinite source of motivation for Muslims. Devout Muslims say that it applies to any case in the life of Muslim communities as well as to the state of every Muslim.

Muslims have maintained that the Quran Education is at all times relevant to all circumstances. Yet, to be fundamental in its definition and scope, every Muslim read and commits the Learning of the Quran to his heart as though it had been brought down at that time, and for himself.

“It is he whom Allah guides, that is on true Guidance; but he whom He leaves astray – for such wilt thou find no protector besides Him. On the Day of Judgement We shall gather, them together, prone on their faces, blind, dumb, and deaf: their abode will be Hell: every time it shows abatement, We shall increase from them the fierceness of the Fire”

How do I start learning Quran?

At what age do I teach my child the Quran?